Ten years ago, the Village of Buffalo Grove decided to “test run” two sets of carbide nose blades and undercarriage scraper blades and compare their performance to the traditional steel blades they have been using. After the switch, they never looked back. Since changing over from hardened steel blades to Winter® Equipment carbide blades, the Village of Buffalo Grove has saved:

About the Village of Buffalo Grove

The Village of Buffalo Grove, located in Illinois, sees an average of 38 inches of snowfall each year, 12 inches higher than the national average. Their public works department was responsible for plowing this snow each season.

Bryan Beitzel, the Village’s Maintenance Superintendent, has worked for the municipality’s maintenance department for over 20 years. He is passionate about what he does. In 2015, he and his crew earned the American Public Works Association’s 2016 Excellence in Snow and Ice Control Award for the changes Beitzel implemented around the city in the year prior to improve efficiency.

Because the Village sees so much snow each year, it’s always a challenge to clear it as effectively and efficiently as possible. Ten years ago, all plow trucks in the municipality were fitted with a front nose blade and an undercarriage scraper blade, except for two, which has a nose blade and wing blades. All the blades were steel and none of them were up to par for Beitzel.

After switching to Winter® Equipment’s Razor® system and RoadMaxx® products, Beitzel ran a cost-benefit analysis confirming that every truck should be outfitted with carbide blades to save big in the long run. Then, when the Village realized they were wasting time replacing plow shoes that needed to be changed and adjusted after each plowable snow event, Winter® introduced them to the Blockbuster® system.

Beitzel reported the municipality has seen undeniable cost savings and has valued the partnership the Village has developed with Winter®.

“We have not spent a single minute working on cutting edges during a storm event, we have saved countless man-hours changing blades, we have saved thousands of dollars because we eliminated purchasing hardened steel blades and we’ve eliminated the man hours spent repairing, adjusting and maintaining snow plow shoes.” – Beitzel 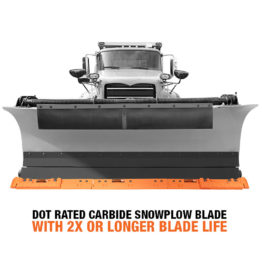 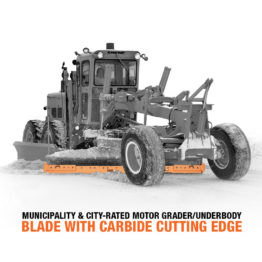 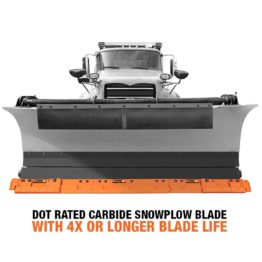 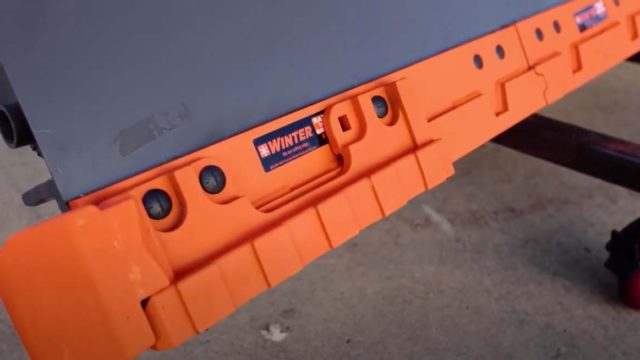 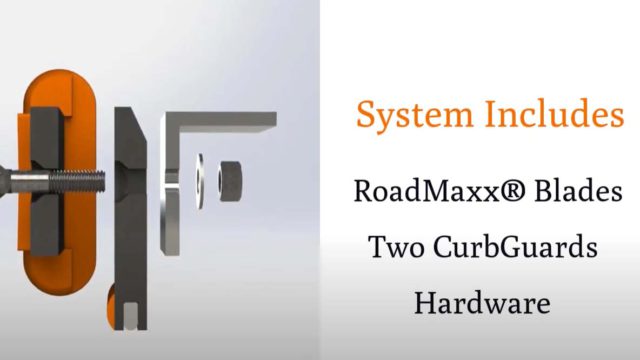 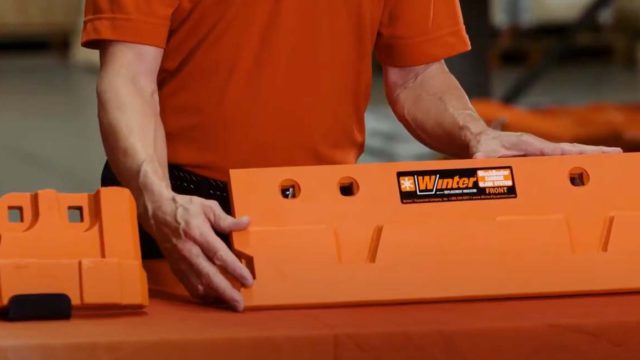 A system is a collection of products packaged together and shipped to your door. It is designed to keep everything for a blade install together and reduce the headache of ordering multiple pieces for blade changes. Each system includes smaller sections of blades for easier installation, 1 or 2 PlowGuards, hardware kits (with bolts, stover lock nuts, and conical washers), and includes freight costs. All of this can be ordered with one part number and comes in one box with installation instructions.

The recommended speed will vary based on the condition of the roads. Concrete / asphalt highway roads can support up to 45 mph, while asphalt city streets should be plowed around 10-15 mph. Chip seal and gravel roads can vary, but typically the slower the plow goes, the less road damage.

There are a multitude of variables that go into this decision. We typically recommend you give as much information as possible when either calling in or emailing an inquiry.

Steel is typically a good choice for low speed plowing on poor road conditions (potholes, manhole covers, bridge joints, etc). Steel blades can struggle to match the performance of carbide insert blades but may be the best choice in certain cases where blades are lost or damaged frequently due to impact as opposed to general use.

Carbide insert blades are the cream of the crop when talking snow plow cutting edge blades. They have the cutting power of steel with a vastly increased life expectancy. Carbide insert blades are fantastic for medium-high speed plowing on road surfaces with few obstructions. These conditions are ideal because the medium-high speed reduces impact on the blade, preventing brittle carbide to crack and wash out.

Rubber has a squeegee effect on the road and is the most lightweight material for snow plow blades. Rubber clears light snow, or heavy snow that has had time to melt from salt or brine. The nature of rubber which allows some flexibility when encountering obstacles in the road makes it a good choice for poor road conditions. Rubber is the best solution for any entity that finds itself plowing older decorative roads like brick or cobble stone because it can clear snow without ripping up the road substrate.

These are blade properties that affect the performance of the blade. They are both equally effective given the application.

An aggressive blade has more of a cutting effect. These blades are designed to limit the amount of surface area coming into direct contact with the road. They are best for ice and snowpack when the goal is to clear as much snow and ice with the blade as opposed to melting snow with salt or brine.

A road friendly blade is designed to increase the footprint the blade makes on the road. The increased surface area on the road helps to extend the wear life of the blade. It also allows the blade to “glide” instead of “cut” which helps to reduce road damage, and to avoid obstructions like manhole covers and bridge joints.